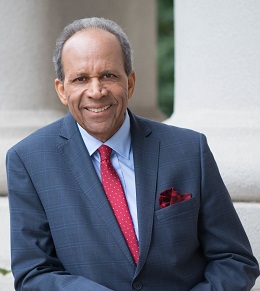 Born in Los Angeles, California, composer, pianist, and organist Calvin Taylor was drawn to music as a young child. The active cultural and musical life of the church provided earliest impressions and inspiration. He began playing piano in all keys at five years, and by age fourteen was serving as organist in several southern California churches. Taylor was exposed to a variety of the symphonic repertoire as a member of the trumpet section of both the Los Angeles Junior Philharmonic and Southwest Youth Symphony.

Calvin Taylor made history at Oberlin Conservatory of Music in 1970 when he became the first organist in the school's over 155-year history to improvise a graduate concert encore (an eleven-minute extemporization on O Du Fröliche, Weihnachtzeit "Sicilian Mariners"). At The University of Michigan, he studied organ with Marilyn Mason and composition with Leslie Bassett, completing the M.M. in 1974. Taylor became active as a studio arranger and studied composition and orchestration at U.C.L.A. and The Dick Grove School of Music in the early 80's. At the Grove Workshops, Taylor had the opportunity of enjoying master classes with popular music composers Henry Mancini, Nelson Riddle, David Raksin, Dick Grove, and Peter Matz.

The music of Calvin Taylor has been performed by the Kristiansand, Redlands, Inglewood, Central Kentucky Youth, Shreveport, University of Kentucky, U.C.L.A. Philharmonia, University of Massachusetts-Lowell, South Arkansas, Utah, and Nashville Symphony orchestras. As a 1998 winner of The Unisys African American Composer's Residency and National Symposium, the Detroit Symphony Orchestra read and recorded Taylor's Inner-city Sunrise under the direction of Kay George Roberts.

Among Dr. Taylor's works are Five Spirituals for Organ, 1998 and Spiritual Suite for Organ, 2002. Both volumes were commissioned by and dedicated to Dr. Marilyn Mason. Five Spirituals for Organ were premiered at the RLDS Temple in Independence, Missouri September 21, 1998 by Dr. Mason. Their first English performance took place at Selby Abbey, York, on October 4, 1998. Spiritual Suite for Organ received its world premier in a concert by Dr. Taylor at Church of the Holy Apostles in New York City, February 19, 2002. As part of the celebration of 50 years of African American presence at the University of Kentucky, Calvin Taylor was commissioned to write Choral Fantasia on Deep River. The seventeen-minute work for symphony orchestra and mixed festival chorus received its world premier on November 30, 1999 by the U.K. Symphony Orchestra and choirs.

Never far from his roots in religious music, Taylor has traveled for many years throughout the U.S.A. presenting thousands of concerts in America's churches. Well-known publications by Calvin Taylor include Spirituals for Piano,The Patriotic Piano, Resounding Piano Praise!, and Grand Spirituals Collection for Piano. Calvin Taylor was elected to Pi Kappa Lambda in 1974.

He was a Lymon T. Johnson Fellow and also a winner of the William C. Parker Academic Achievement Award at the University of Kentucky.

Dr. Taylor has toured throughout the world, playing in North and South America, Europe, the Far East, and most recently in Russia and Ukraine. As arranger and composer, his music has been heard and enjoyed by untold thousands. 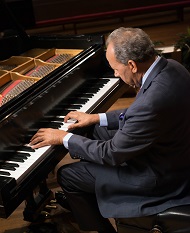 Calvin Taylor, music publisher, concert performer, and recording artist, received the Bachelor of Music degree from Oberlin College Conservatory of Music, Master of Music degree from The University of Michigan, Diploma from the Grove School of Music, and the Doctor of Musical Arts Degree from the University of Kentucky. He has toured throughout the world, playing in North and South America, Europe, the Far East, and most recently Ukraine and Russia. As arranger and composer, his music has been heard and enjoyed by untold thousands.